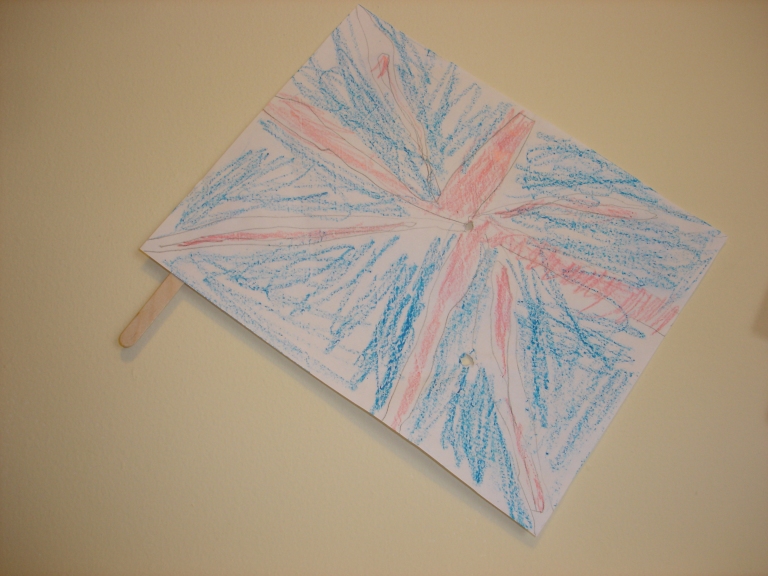 Olivia and Tallulah may disown me for writing this particular story. Though sometimes it’s tempting to want to sign your children up for the military at a young age, this isn’t about that.  However, sign-ups are here again for AYSO soccer season.  For those of you in other countries, AYSO is American Youth Soccer Organization.  Soccer is a huge sport for kids in America.  I don’t know what happens when we reach adulthood, ‘cos unlike in England, Spain, Mexico, Italy, South Africa and the rest of the world no-one here really gives soccer the time of day as a grown-up.

Needless to say, I have signed up all three of my children to run around a field and hopefully score a couple goals this coming season.  Dash, now 12, has always scored goals in soccer, before specializing as a goalie and I naively assumed that all children did.  Olivia (8) has gone two seasons without scoring and does not like the game (I wonder why?)  Tallulah (6) who looks tall and athletic, is scared of the soccer ball (mostly ‘cos her sister prepared her with menacing stories of mean running girls at bedtime.)  Both of them have told me in no uncertain terms that they do not want to play soccer.

So why has this crazy mother signed them all up?  Not to mention the fact that my husband or I have to get the kids to three practices and three soccer games every week. Come to think of it…I’m rapidly talking myself out of the entire proposition, which is not the goal of the story.

There are the obvious positives…running around and getting sweaty, working as a group, learning that you are only as strong as the weakest link in the chain.  It gives my kids a social outlet that is apart from school. They will meet kids from other elementary schools, so that when they make that transition into middle and high school they’ll already know a whole bunch of kids from the other feeder schools.

But here is the kicker (yes, pun intended) for me…  Dash, even though he sometimes scores, is not the star of his team.  Whilst driving him to a friend’s house recently, I asked him whether I had made the right decision to just “sign him up” each year, when he was 8, 9, 10 years old.  These were the famous “NO” years for Dash.  Vegetables for dinner? NO!  Sports?  NO!  Ice cream?  NO!  I mean YES.  I was more than a little surprised when I received an unflinching, unreserved, in-my-face YES! Absolutely. Mom, you did the right thing.   Just Sign ‘Em Up!

Currently, Dash is a great, well-respected soccer goalie.  He understands and knows that he could never have gotten to this place or figured out his position without the years of practice and of winning and losing games.  He understands that you need to earn the respect of your coaches and your team mates over time.  He understands and values respect – others and his own.   And whilst many American adults may not have a passion for soccer, we do like our self-respect.

So, although I am sure that the concept of dogged determination and constant practice can be learned in other areas of life, group sports infuse this idea at a young age.   AYSO soccer is so well organized that all you have to really do is… just sign ’em up.

Dash is glad I did.

The Bits N’ Bobs of the Week Side Bar:

(AKA compulsory read for desperate parents trying to get their kids of the TV, computer, Wii, XBox, DS screen)

You may have heard through the grapevine about a certain World Cup in a certain country of my birth, South Africa, coming up.  Tallulah is all about the Spectator Sport.  She is the inspiration for this week’s “bit n’ bob of the week”.  For those of you with kids there is an entire section of my website devoted to arts n’ crafts or activities that are linked to the shows and now I guess the blog.  (See top of the menu on the right).  So voila… here goes.

Choose your country and some countries that your team is playing in the FIFA world cup.  Have your child make flags for each country using regular 81/2″ x11″ paper.  Attach popsicle sticks, garden sticks or kebab sticks on the back and wave to your hearts content.

Tallulah and I are rooting for England, (adopted country #1) vs. USA (adopted country #2) this coming Saturday.  The rest of the family are pulling for the USA.  I know, I know, the TV screen still involved, but I’m weaning slowly. 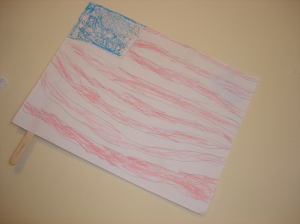 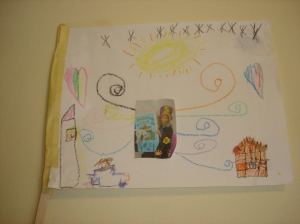