We are a family who place a premium on education.  Both my husband and I moved around a lot as kids and learned that education is the one thing that once you have it, cannot be lost (my motherhood, multi-tasking induced Alzheimers aside).  I was reminded recently that education is about far more than just academics.  Our daughters Olivia and Tallulah recently got to participate in an after-school program at our school called Sound Arts run by an incredible artist and teacher called Laurie Draper  www.mbsoundarts.com.  The class runs once a week and took place over three months, culminating in a musical production where about 75 kids are double cast into four shows performed over two days.  The show is fully produced with sumptuous costumes, gorgeous sets and props, beautiful singing and acting for students in Grades 3-5… and you don’t need to audition or anything.  You just sign up and are requested to bring a good and respectful attitude.

What’s the big deal, I hear you wondering over the internet waves.  Kids who love performing are getting a great after-school opportunity.  Lovely… now shut up and stop wasting my 5 minutes of precious reading time.

Here goes… it comes back to the argument that Math and Science top the education ladder, followed by the humanities and way down on the list of important and relevant subjects are the arts – performing arts and dance being lower on the rung than music or fine arts.  Finally, we arrive at my point that there is little value assigned to stimulating and/or educating the imagination.  My alter ego lives in the Land of Imagination, so naturally I’m concerned. 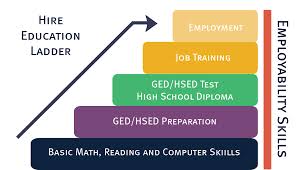 Don’t get me wrong… I get it.  For despite everything I’ve just said, the words fly out of my mouth at homework time “You can draw after you’ve finished your math homework.  You can practice your lines for the play after you’ve worked on your digestive system diagram.  Don’t sing – your brother is studying for a test.”

Here are the “Educational” concepts that I’ve seen nurtured by Laurie Draper’s Sound Arts.  There is this kid Josie, whose mom and I were chatting in the “pick up your kid” line.  She told me that Josie had dyslexia and a speech impediment.  Josie had been petrified of speaking in public, which made making friends at school a tad of a challenge.  Since she began Sound Arts, she has come out of her shell.  It’s easier to sing in a group than to speak alone.  Once her anxiety was reduced, she could speak publicly more easily.  No-one made fun of her in the show.  In fact, because of the atmosphere created by Laurie the kids were very supportive and encouraging. Not only was Josie great in the show, she made new friends amongst her peer group and with some older, more mentoring kids too.

This particular show was entitled “The Un-Civil War”.  So, you have your Social Studies component right in there.  Laurie incentivized the kids – I don’t know how – to bring in art and/or original projects based on the time period.  I saw a diorama built by two boys, Russ and Joe – one who played a union solider, one a confederate (opposite sides of the conflict for Non- Americans).  Katie, a fifth grader – built a cotton gin with her dad.  Do I even have to describe how blown away I am by the layers of imagination, academics and social growth, hanging out with dad that go into that one.

Sherri, a third grader was mortified that when she performed for her class she was going to have her “small non-speaking” role.  As it turned out, Sherri performed her bigger speaking part in front of the principal – who then personally complimented her.  Now, Sherri’s planning on pursuing an acting career when she grows up.

I got charged with choreographing the Virginia Reel, ‘cos that’s what you do with the South African/Brit in the Un-Civil War.  I was to teach all the kids in the dance, every single role.  From the leaders of the dance to who was playing a soldier and who was playing a fine Southern Lady.  They all had so much fun, laughing and bumping into each other as we danced away to my tinny iphone.  (Except when Olivia pulled me aside one day and said I was getting a little “intense”).  In one of the performances the leaders got stuck getting to the front of the group in time.  Without missing a beat, the next kids in line led the dance.  Education segment – adaptation in the moment and improvisation – priceless and subtle from an academic viewpoint.

Mostly, it was fun.  It was education out of the box!  There was math involved in a complex beat song that they had to clap out in various rhythms.  There was the obvious Social Studies component.  Granted, there was no digestive system diagram, but there are now a whole group of kids who can recite Abraham Lincoln’s Gettysburg Address “Four Score and Seven Years Ago…” off by heart.  In the final show, as Honest Abe addressed a teary-eyed audience of parents and asked us to remember…

“It is for us the living, rather, to be dedicated here to the unfinished work which they who fought here have thus far so nobly advanced.  It is rather for us to be here dedicated to the great task remaining before us—that from these honored dead we take increased devotion to that cause for which they gave the last full measure of devotion—that we here highly resolve that these dead shall not have died in vain”

It occurs to me that we are once more in this age at a beginning – we are coming out of a time where pure academics take precedent, if they ever did or should have.  We are entering an age where unless the imagination and creativity are nurtured – that academics alone will falter and strand us in a bygone age.